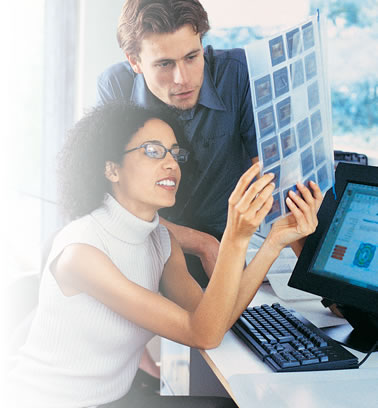 Technology and a global marketplace have made telework more common. But there are some real challenges associated, not the least of which are co-worker attitudes.

Here’s the attitude you’re up against if you want to work from home: 48% of workers polled said their jobs would be more difficult if they did not work in the same office as their supervisors. Of this group, 27% felt it would be much more difficult. Similarly, 58% of managers surveyed said it is important that all staff members work in the same location.

Employees were asked, â€œIn your opinion, would it make your job easier or more difficult if you reported to a manager who didn’t work in the same location as you?â€ Their responses:

Executives were asked, â€œHow important is it for all of the members of your department to work from the same location?â€ Their responses:

So if you telecommute you face some communication challenges, and you’ll have to go the extra mile to make sure you keep the lines of communication open to ensure that the folks who think you make their job harder by not being under the same roof are pleasantly surprised.